, (GLOBE NEWSWIRE) --  (NASDAQ: ENPH), a global energy technology company and the world's leading supplier of microinverter-based solar and battery systems, today announced the all-new, all-in-one Enphase Energy System with IQ8™ solar microinverters for customers in . IQ8 is Enphase’s smartest microinverter yet. Unlike competing devices, IQ8 is capable of forming a microgrid during a power outage using only sunlight, providing backup power even without a battery. 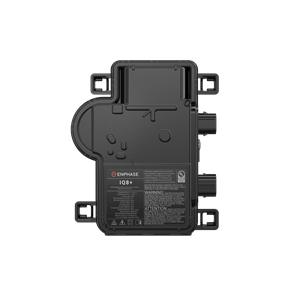 “Since the company’s inception, we invested in custom application specific integrated circuit (ASIC) chips for our microinverters, and today we see the payoff with a software-defined microinverter smart enough to form a microgrid, unlocking value for homeowners,” said , president and CEO of Enphase. “Many homeowners often assume their solar systems will function if the sun is shining, even during a power outage. This has unfortunately not been true until today. Now, with IQ8, homeowners can realize the true promise of solar — to make and use their own power. IQ8 solar microinverters can provide Sunlight Backup during an outage, even without a battery.”

The Enphase Energy System with IQ8 comes in four different configurations: the first is “Solar Only”; the second is “Sunlight Backup” with no battery; the third is “Home Essentials Backup” with a small battery; and the fourth is “Full Energy Independence” with a large battery. While the first configuration is a standard grid-tied system, the remaining configurations are grid-agnostic systems which need an Enphase System Controller (formerly called smart switch) to island the home during an outage. For homeowners who want a battery, there are no sizing restrictions on pairing an Enphase battery with the solar system. And all configurations can be customized for homeowners with the help of Enphase installer partners.

“The IQ8 microinverter, being a true microgrid microinverter, is going to be a gamechanger for this industry,” said , CEO of -based Solterra Solar and -based Good Energy Solar. “Until IQ8, it was challenging to properly manage customer expectations of battery design and sizing limitations and to explain different options. Enabling a customer to start with any size Enphase battery and grow over time is going to make battery backup with solar a possibility for many more of our customers.”

“We’re all in on IQ8. Over the past years, we’ve watched as batteries become part of every conversation we have with homeowners, and now we can provide more options for any configuration of energy system because of the new IQ8 technology,” said , founder of -based . “We know our customers love Enphase products from the Enphase App to batteries and microinverters, and with increased grid outages in , we’re excited to provide more backup for more customers.”

The IQ8 family includes five types of software-defined microinverters, IQ8, IQ8+, IQ8M, IQ8A and IQ8H, with peak output AC power of 245VA, 300VA, 330VA, 366VA and 384VA, respectively. The IQ8H microinverter is Enphase’s most powerful microinverter to date and has a (CEC) efficiency of 97 percent. The multiple types of IQ8 enable seamless pairing with a full range of solar modules, even up to 540W DC.

Enphase Energy, a global energy technology company based in , is the world's leading supplier of microinverter-based solar and battery systems that enable people to harness the sun to make, use, save, and sell their own power—and control it all with a smart mobile app. The company revolutionized the solar industry with its microinverter-based technology and builds all-in-one solar, battery, and software solutions. Enphase has shipped more than 36 million microinverters, and approximately 1.5 million Enphase-based systems have been deployed in more than 130 countries. For more information, visit https://www.enphase.com and follow the company on Facebook, LinkedIn and Twitter.

A photo accompanying this announcement is available at https://www.globenewswire.com/NewsRoom/AttachmentNg/4aa22fb5-1d5e-4b06-a504-652da27bffdb